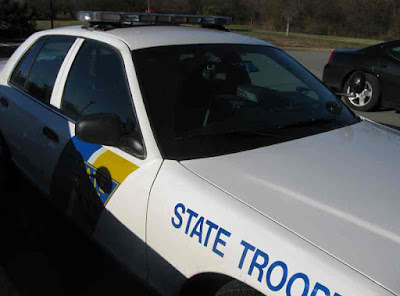 I recently received an email question from a reader of my blog asking me whether or not it was safe to turn off X-band detection in a radar detector since X-band radar was ‘not being used any more’ and since it only serves to make a radar detector ‘false’ more frequently.

The response I received referred me to a page found at SpeedZones, specifically what was written in the summary section at the bottom of the page:

The last state to use X band radar guns was New Jersey. They took them out of service. Fifty of the fifty states use K or Ka band radar guns with forty-one (41) states standardizing on Ka band at the following frequencies: 33.8 GHz, 34.7 GHz, 35.5 GHz. The predominant frequency is 34.7 GHz. With 99.99% accuracy you will not encounter X band radar guns in the United States or Canada. Of the four American makers of radar guns, no one makes X band anymore.

Needless to say, I was surprised to be reading such authoritative commentary, especially since I frequently encounter X-band traffic radar while traveling through my neighboring state of New Jersey—the latest encounter ocurring just several weeks ago on NJ Highway 42 just north of the Atlantic City Expressway.

In fact during my last visit to Ohio, I too had encountered X-band on I-70 East of Columbus. I have also encountered X-band radar in other Southern states such as North Carolina and Mississippi during my participation in the FireBall Run cross-country rally, last year.

In each of these encounters, had X-band been disabled on any of my radar detectors, I would have potentially been subject to an unexpected and unpleasant traffic stop.

Just in case I had missed a recent development in New Jersey, I decided to spend a part of my New Year’s day off by taking a quick trip up to Warren County (located in northwest NJ) and a NJ State Trooper barracks located close to I-78 to see for myself what the absolute current status of X-band usage was in the state of New Jersey.

This is what I found:

Of the 10 NJ state patrol vehicles parked (one with its engine running), 60% (six of 10) had radar units mounted inside, 100% (six out of six) of these units were MPH K55 X-band traffic radar units.

It seems that reports of X-band’s demise have been greatly exaggerated. 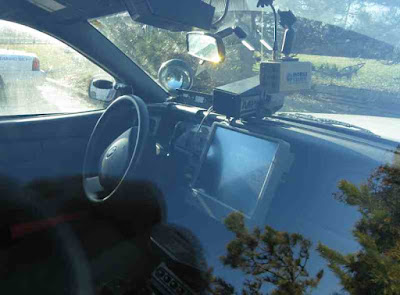 A subsequent discussion with a senior on-duty state trooper confirmed what I already believed: that while police laser (lidar) offers distinct advantages to troopers monitoring speeds on heavily traveled highways and interstates, such as the adjacent I-78, MPH K-55 X band radar units still have a place for moving patrol vehicles especially on secondary highways and roads throughout New Jersey, particularly, given their faithful and reliable multi-decade record of service.

To be sure, Ka-band traffic radar is steadily making in-roads into New Jersey, especially with local municipalities (such as Hamilton County’s Hammonton Twp. patrol vehicles), as is police laser (lidar).

But, it has only been recently that the New Jersey State Police have begun giving consideration to Ka-band as a reliable alternative to the tried-and-tested MPH K-55 X-band police radar unit.

In 2007 a test was undertaken, at the cost of $53,000, to determine the scientific reliability (and subsequent court admissibility) of Ka-band usage as a means of speed measurement and enforcement under varying weather conditions (Affect of Weather on the Performance of Ka-band Traffic Radar).

Perhaps one day X-band traffic radar will no longer be seen in states like New Jersey (and Ohio), but that day has not yet come and I was reminded by MPH Industries that X-band radar is still specified on the IACP’s CPL and that there are plenty of MPH K-55, MPH Python II® and MPH Python III® X-band radars in service as of today. 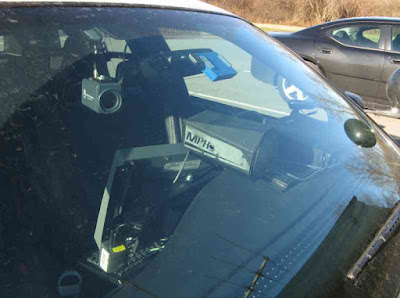 Upon further examination of the SpeedZone’s summary paragraph, there appears to be more factual errors:

Inaccurate Statement #2: They [New jersey] took them out of service.

Inaccurate Statement #3: With 99.99% accuracy you will not encounter X band radar guns in the United States or Canada.

Inaccurate Statement #4: Of the four American makers of radar guns, no one makes X band anymore.

I am surprised to see that of the six sentences making up the first paragraph of SpeedZones’ summary, that five of them are patently inaccurate.

I have a lot respect for what Speed Measurement Labs has done over the years, but in response to the question posed to me by my blog reader, I felt compelled to set the record straight for his benefit (and others who may be pondering the same question: whether or not to outright disable X band radar reception on their radar detector).

I am afraid that it is this kind of assertive thinking which may be contributing to the continued de-emphasis of X-band reception by the radar detector manufacturers with the majority of windshield-mount radar detectors (with some notable exceptions such as the Beltronics STi Driver and the Valentine 1).

By de-emphasizing X-band radar (and even K-band radar to some extent) sensitivity, certain radar detectors can simply and inexpensively be made “quieter” and less-prone to “falsing” (because they are less sensitive or slower to respond) as opposed to utilizing more advanced (and more expensive) filtering techniques, while maintaining higher degrees of sensitivity and quickness, such as the Auto Sensitivity modes of Beltronics and Escort—provided on certain of their high-end GPS-enabled radar detectors like the Beltronics GX65, Escort 9500ci, Escort 9500i, and Escort 9500ix models—which provide real-time variable sensitivity based upon actual vehicle speed and/or the ability to permanently lock-out known stationery locations of X band (and K band) falses.

There is one police radar band that I would certainly recommend leaving off—particularly if you drive throughout North America. That band is Ku radar.

Several years ago, around the time that Cobra was pronouncing their ability to detect 12 bands (Ku-band being one of them), there was a “claim” (also by SpeedZones) that Ku band was on its way to the U.S. (I even blogged this some years ago).

As it turned out Ku-band never did materialize even though [some of] the other radar detector manufacturers re-engineered several of their flagship radar detector models (at a not inconsequential expense) to play “catch-up” (if only in appearance) with Cobra’s marketing-claim of the day.

Now Ku-band is a radar band that hasn’t been produced for many years and I suspect that the number of Ku-band police radar units still in use today (throughout the entire world) is fewer than the number of X-band units currently operating in the state of New Jersey, alone. Furthermore, Ku band radar nor any police radar equipment operating with Ku-band doesn’t appear on the IACP CPL of approved speed measurement devices.

To be clear: yes, as a percentage of overall radar encounters, X-band traffic radar will likely be small number (that is if you don’t routinely drive in a state like New Jersey or Ohio), but I would strongly recommend that one be absolutely certain as to what forms of police radar are being used along one’s individual driving route before disabling any one them completely.

As a driver who actually does use radar detectors to enhance driving safety, the last thing I would want another fellow radar detector user to do is disable reception to a band that could potentially prove hazardous to one’s motor-vehicle abstract.