Darwinism is alive and well at Whistler Group.

Those of you who have been long-time readers of my blog already know that I’ve been a huge fan of Whistle and this particular Whistler review has been long overdue.

Whistler’s product development team has always been openly receptive to customers’ [and reviewers’–ie; my] feedback for improvements and they continue to offer great performance for terrific value.

Historically, when an updated model has been introduced, there have been genuine evolutionary improvements in performance and/or features. So, it is of no surprise that the latest Whistler Pro-78SE and Whistler XTR-690SE models continue to inure in this vein.

As has been the case for some time, I have been privileged to receive an initial production model of the, (finally!) soon to be released, revised Whistler Pro-78SE for review.

These updated Whistler Pro-78SE and Whistler XTR-690SE models offer some welcomed improvements, not so much in terms of raw performance (sensitivity) increases, but in their refinements, resulting in radar detectors that are much easier to live with.

The timing of this could not have been better as my wife and I went on a business trip to southern California, affording me the opportunity to put the new Whistler Pro-78SE through its paces, in what I have come to regard as one of the more challenging areas in North America to drive with a radar detector.

So, what are these improvements, you might be asking yourself?

Well, for starters, I am thrilled to report that those annoying Ka9 falses that some Whistler owners have been complaining about over the past several years seem to have finally been excised.

It was only when a good Samaritan West coast forum member [named Freebird] and myself volunteered our time to explore the greater Los Angeles area, last year, in our vehicles and armed with specially modified detectors, that the sources of this interference were ultimately identified.   Our collective feedback enabled Whistler’s engineering team to address the issue.

As it turned out, many of these newly identified RF sources were wreaking havoc within certain Whistler models (and potentially other brands as well). Even though certain Whistlers alerted with urgent levels of Ka, the frequency interference did not actually occur within the Ka-band.

It is very important to note that during which time the effected Whistlers were being interfered, they would not necessarily alert with a Ka9 false, however their reception performance to genuine Ka-band was adversely affected, sometimes substantially so.

It is this dynamic that caused the apparent discrepancies in performance that were observable to those driving in the afflicted areas.  This was in stark contrast to the high performance levels that I had experienced on my driving routes, since my models were not inhibited by those sources of interference.

I am pleased to report that during my recent travels to both San Diego and Los Angeles, Whistler was ultimately successful in this endeavor. While this type of interference seems to have occurred in specific areas, those affected will greatly appreciate the modification, as they will now be able to experience the Whistler in a more consistent fashion.

Speaking of Ka-band, reception performance to Ka continues to impressive the heck out of me, particularly with Ka-Max mode setting.  Especially now, this mode will be of much higher utility for those who were experiencing the kind of “falsing” mentioned above, since high sensitivity and quick responsiveness now comes without the accompanying headaches.

Just as Escort/Beltronics and Valentine Research have developed methods for filtering out traffic flow sensors that are adorning some highways, so too has Whistler with the incorporation of a new filtering mode, called TFSR (traffic flow sensor rejection).

Whistler has informed me that the TFSR feature will also effectively reduce K-band falsing from new crash-avoidance systems of certain German vehicles employing either pulsed or frequency modulated K-band radar.

This is a really welcomed new capability, as having driven behind certain Audis that continue to wreak havoc with other radar detector brands.

In the case of many traffic flow sensors, these pesky devices typically transmit for a duration of approximately 500ms (1/2 second) at intervals of 30 seconds or one minute. The problem is that proximate conventional radar detectors not only repeatedly false to K-band, but they false in a manner that mimics genuine instant-on radar–something that is very disheartening to the unsuspecting motorist.

In my recent travels, I found when Whistler’s TFSR filter was enabled, the Pro-78SE effectively eliminated falsing in all but a couple of instances–when I was located in proximity to two sensors that fired in close succession. Fortunately Whistler provides the ability to add a finite amount of additional filtering to TFSR with the selection of the increased FILTER modes. When TFSR and FILTER 1 are enabled together, all falses from these sources appeared to be eliminated.

As with any increase in filtering “delay,” one has to consider this double edged sword for the bands affected by such a feature as it can increase the likelihood of ignoring a quick trigger. Such is the case for the TFSR mode in that there is a minimum length of time the X or K band signal needs to be available for qualification in order to ignore the pulsed traffic flow sensors mentioned above. This additional delay appears to be not as long as some other brands offering a “traffic sensor rejection” feature. Ka band is not affected by the TFSR feature. [more on this in a future article]

I have come to really appreciate Whistler’s CITY mode. Unlike other detectors, which wean effective reception performance to X-band (and perhaps K-band) when selected, Whistler provides three city modes.

The first mode, doesn’t affect apparent sensitivity at all, it merely alters the nature of the detector’s alerts. Instead of receiving typical X-band and K-band alert tones, at varying Geiger rates, CITY mode alerts with two quick high-pitched tones and then immediately goes to mute on the alert.  If and when the signal strength is high enough, reminder tones will briefly alert.  I really came to appreciate this feature driving on the high-density highways of southern California.   No more needing to reach over to mute these annoying alerts.

The one drawback, in my opinion, is that all radar bands alert in this fashion, including Ka-band. The thinking there was that in high-density areas, there is a greater likelihood to encounter [cheap] radar detectors for extended periods of time [like in heavy traffic] that can cause falsing to Ka-band.

My preference would be for the CITY mode to only affect X-band and K-band, the predominate sources of falsing around town, and reserve Ka-band to the other modes of FILTER1 and FILTER2.

Another area of reception that I would like to see improved, is the rate of falsing to X-band and K-band sourced around town. In an apparent contradiction to itself, even though the sensitivity to both X-band and K-band is less with the Whistlers than higher sensitivity models from Escort and Beltronics, the rate of falsing was greater even when driving with the Escort 8500 X50 Black, in highway mode, in those same areas.

This occurs, I believe, because the Whistlers X and K band coverage is wider than that of the more expensive Escort, Beltronics, and Valentine models causing them to alert to X and K that is just outside of the tolerances otherwise required. 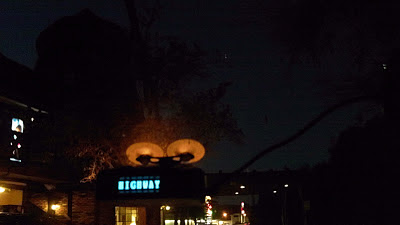 Behold a thing of beauty

The new Whistlers now feature a high-end display.  Gone are the LED displays of yesterday. Instead the new Pro-78SE and XTR-690SE now utilize OLEDs and in my opinion, they are the nicest displays that I have yet seen on any dash mount radar detector.

One of the mild criticisms that I have made over the previous years of the blue and red LED displays was the size and appearance of the displays’ plastic covers. In my opinion, they were excessive and looked disproportionally large. In their place is a screen that utilizes an anti-reflective coating that when coupled with the OLED screen makes for the most impressive viewing experience ever.

Even in direct sunlight, the display was easily readable and in the evening, the aquamarine-blue pixels were very easy on the eyes, unlike the displays of blue LEDs. You’ve got to see it to really appreciate it. The text is quite large too, making it very easy to read, even for my aging eyes. I expect the XTR-690SE to be equally impressive in RED.

I can only speculate that a multi-colored OLED display is in Whistler’s future. In my opinion, this would be a welcome addition line and something that I have been wishing for a good number of years.

Don’t expect to see any price increases for all of these improvements. Expectations are that these new models should begin shipping in the coming weeks.

For those interested in getting high-performance on a budget, these two new Whistlers are made to order and come very highly recommended.