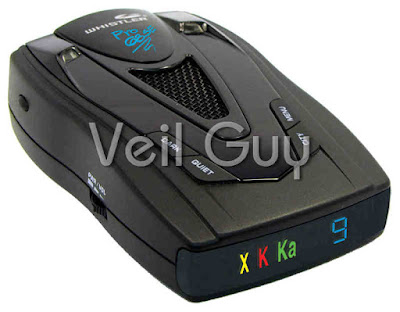 For the 2010 driving season, Whistler continues in its tradition of offering honest high performance radar detectors—to drivers on a budget—with the introduction of their new model, the Whistler Pro-68SE.

For those of you already familiar with Whistler’s SE models which appeared last year (see: XTR-690SE, XTR-695SE, PRO-78SE review), the Whistler Pro-68SE sports the same improved case as these higher-end models, provides a slightly lower feature-set, and the identical performance of their revered Whistler Pro-78 Rev C (review).

The Whistler Pro-68SE provides a simplified display screen that is divided into two regions, the left containing display icons of band identification (the same as the earlier model Whistler Pro-68) coupled with the right side which consists of a blue LED indication of a numeric signal strength and reception mode (ie; City, Highway). Unlike the Pro-68SE’s more expensive siblings, this budget-priced radar detector does not include voice modes or selectable alert-tone configurations.

The Pro 68SE also does not provide the Ka Max mode feature available on these other higher-end and consequently more expensive radar detectors, but like the Pro 78 Rev C, Ka reception performance does improve when POP detection mode is turned off.

Of course, this model does retain the extremely quick-responsive nature to brief appearances of radar that are common in QT (quick triggered instant-on radar) and reflected radar of longer duration instant-on or constant-on use that routinely occurs while your vehicle is in motion while not excessively “falsing” as a consequence and provides a variety of filter-modes to further fine-tune this delicate balance between quickness/sensitivity and selectivity.

Furthermore, Whistler continues to provide detectors which provide superior conveyance of approaching instant-on threats and accurate proximity warnings to unseen police radar threats, as well as a more useful “trailing-alert” duration when police radar is no longer actually present—features that I consider essential in any good radar detector design and something that really is only matched by the mighty Valentine One, the legendary radar detector retailing at $399.

Although this new model is based upon the existing Pro-78 Rev C, it’s laser detection sensor is more sensitive, since it comes from the newer 690SE/695SE/Pro-78SE models of last year.

Retailing at $169USD, its street price will be somewhat lower, making this new Whistler one of the great radar detector values. I will provide a more comprehensive evaluation when they begin shipping in mid-March.

For those seeking a terrific performing radar detector, but who are on a tighter budget (aren’t we all?), this new radar detector is a most compelling driver’s companion—think of this new model as Whistler’s economic stimulus package.