Escort Redline versus Valentine One Reviews: End to a Long Debate?

What Makes the Best Radar Detector, the Best?

The “rivalry” that has existed between these two leading radar detector manufacturers (Escort and Valentine) goes back quite a while.

Yes, there have been legions in both camps, to be sure.

Each passionate about their particular shared-principles. Each defining the other (often in destructive terms). Each, at times, trying to proselytize members of the other. Each seeing the other, often, in terms of black and white.

Similar conflicts have existed in history. Israeli versus Arab (essentially a long-standing family-feud between two cousins) a conflict (of Biblical proportion) that has, unfortunately come at great expense for all sides and, at times, appears to have no end in sight.

On a somewhat smaller scale, was the Hatfield versus McCoy feud, a generational inter-family bloody conflict, but one that recently came to a peaceful end when better-minds finally prevailed.

Certainly they’re have been other conflicts (and casualties) often starting, in history, from one closely-knit singular origin.

Now that Escort has made the decision to take on the Valentine 1 on its own terms with their new Escort Redline model, I think it is prudent to keep the following things in mind as we go forward from this point in time.

The following is a collection of posts (which I trust has been received as being balanced and fair to both Valentine and Escort) about the Valentine 1 versus Escort Redline debate that is now just beginning to unfold online, even before the Escort Redline is shipping. 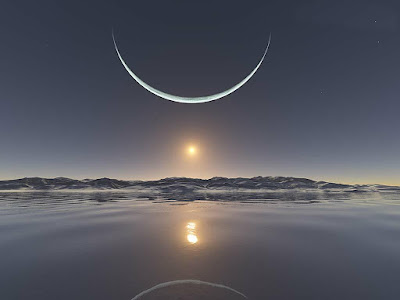 The purpose of this blog post: to help a maintain a sense of civility, logic, reason, and illumination for the new dynamic in the marketplace that the Escort Redline creates (instead of simply fanning the flames of heat and confrontation using the same old-tired arguments).

I believe we have arrived at a seminal moment in this industry’s 30-year (young) history.

…talking philosophically about these two titans (the Valentine 1 and the Escort Redline).

What VR “should do or not do” (in response). or what the Redline “needs to do…”

Again, I’ll use a car analogy, because I am a car guy at heart.

The Porsche 911 (which I equate to the V1) is and always has been a pure driving sports car at its core.

Does it really matter that the Audi R8 is on the scene now? Sure there will be cross-overs to be sure, but in the scheme of things, does the 911 have to change as a result? I would argue no.

People will [continue to] gravitate to the 911 (the V1) for what it is and what it remains. Others may opt for the R8 (dare I say the Redline?).

I’ll use another analogy, photographic equipment.

My sister shoots a Canon 20D and has all of the lenses for it. I happen to shoot Nikon and have a sizable historical investment in the Nikon experience. For the longest time the Canon 1Ds was the bomb then the Mark II, and then the Mark III all the while Nikon remained (in the proverbial stone-ages for years without a direct response to Canon) when it came to image sensors.

The similarities [to these detectors] are actually pretty close, IMO. With Canon you have a large multi-faceted company. With Nikon, you have a much smaller and focused company.

Did I jump ship to Canon because of its latest high-tech multi-pixel full-frame sensors? No, I stayed with the Nikon for what it was to me.

Now, it so happens that after many years of being perceived (perhaps in reality) behind, they finally came out with their D3 and then the follow-on D3X that are currently the-end-all-be-all with image quality. At the same time Canon ups the equation (for some) with HD video.

What to do? For me, I am going to stick with Nikon for what they are and not switch to Canon (for what they [Nikon] are not).

I think the very same thing holds for the V1 vs Redline, debate.

From my vantage point, I am happy that both are available both for the V1’s sake and the Redline’s (as well as Nikon and Canon). I don’t necessarily believe that it has to be an either or (“winner” take-all) situation.

…On referring to the relative strengths of each of these two titans (Valentine Research and Escort).

I tend to agree both sets are worthy ideals in their own rights.

Escort does indeed (has indeed tried) to address both (potentially competing) dynamics and I applaud them (and Beltronics) for even attempting to do so even as they evolve their technology over time to the better.

Again, to use a car analogy (this time with tires).

I trust we could all agree that the V1 (and now perhaps the Redline) fall under the category of Maximum Performance Summer Tires.

Other products from Beltronics and Escort have tried to provide high levels of grip (as it were) of an Ultra Performance All-Season Tire while at the same time be usable in a greater number of environments.

Like Michelin, Pirelli, Bridgestone/Firestone and all other tire makers that have diverse lines it may be relatively (easier) to build and all out ba##s to the wall maximum grip performance tire in the dry weather (and maybe even wet).

However, it becomes a much more herculean task to try to provide a tire than can do all this AND provide maximum grip in the snow. Why? Because the dynamics are in conflict.

What makes a snow tire grip so well in the snow is it’s ability to keep the snow packed together within the tread design.

With a dry/wet maximum performance tire (which has different tread patterns and materials) maximum grip is achieved by channeling away the water as quickly as possible (ie; conflicting dynamics to the dry/wet tire).

That’s the challenge that Beltronics and Escort have undertaken and their advanced products show just how far they have come in this regard (and it is a great thing really for all of us).

But, this doesn’t change what the V1 has always been (so no need to (re)argue the virtues of each for they do different things).

Escort’s announcement of the Redline means to me that they’re simply offering a product now in the High Performance Maximum Performance Tire category. Nothing more, nothing less.

My only thing was that by doing this, let’s keep the record straight for what the V1 has been all along, a product of the Maximum Performance Tire Category and the comparisons in the past (and many reviews) weren’t really fair to the Valentine (when it was presumed to perform as the proverbial all-season tire that it was not). Comparing the V1 to all of the others was comparing apples to oranges as they were really products in two different categories. That’s my primary objective with this thread, to clearly resolve this conundrum (for some). In other words, stop knocking the V1 for being what it is and don’t expect it to perform like a high-performance all-season.

Generally it’s the other way around (ie; How well can an all-season can perform like a maximum performance summer tire).

While I personally own Maximum Performance Summer Tires for my Vette, I too have an All-Season Michelin PS2 for my Bimmer.

Each serving a different purpose. So it is with [these] radar detectors. Nothing more, nothing less.

Which tires (detector(s)) do you choose to drive with?

For me, when it snows, I know with which [kind] I’d rather be driving around town…and when it’s sunny, as well…as for the open interurban highway.

As we go forward now with two minimalistic uber-performing windshield-mount radar detectors, I hope the better angels of our nature, will prevail. 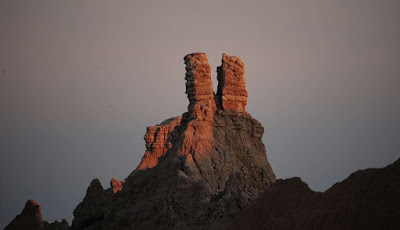