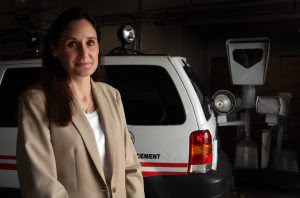 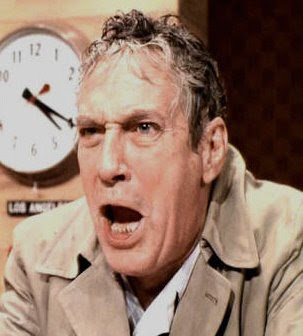 Redflex (photo enforcement vendor) is clearly a master of exploiting and manipulating news organizations to promote whatever PR nonsense they desire in an unrelenting effort to maximize their company profits.

Here’s the latest Redflex photo enforcement PR pablum that has been picked up by Reuters news.

After reading this Redflex self-published nonsense, it really makes me wonder: is there any integrity left in our news media outlets? (Text in yellow, may be fact. Text in red, complete self-created PR B.S.):

REDFLEX Traffic Systems (http://www.redflex.com), the largest provider of photo enforcement systems for roads and highways in the U.S., announced today Director William Bell of the Arizona Department of Administration’s decision to order a stay vacated for the award of the Arizona statewide photo enforcement contract. This decision allows for the resumption of the execution of the largest program for speed enforcement on state highways and roads in the United States. The contract, which was first awarded to REDFLEX by the Arizona Department of Public Safety (DPS) in July, 2008, will utilize both fixed and mobile applications of REDFLEXspeed(TM) and REDFLEXred(TM) cameras. REDFLEX state-of-the-art, FCC Certified mobile speed van units are in use across the nation in over 15 different cities, more than twice of that of the trailing photo enforcement vendor.

“We are ready to serve the State with our advanced, certified technology and have desired for delays caused by contentious protests from the unsuccessful bidder to end so our work on this landmark safety initiative can begin,” said Karen Finley, CEO of REDFLEX Traffic Systems.

“We are committed to working with the State of Arizona to keep our roads safer through the wider adoption of our proven digital photo enforcement technology.” REDFLEX has been, and continues to be, a leader in the utilization of automated traffic enforcement to solve traffic safety problems throughout the country.

In 2006, the city of Scottsdale, Arizona, in cooperation with DPS, Arizona Department of Transportation (ADOT) and REDFLEX initiated a six fixed system speed enforcement pilot along a 7.8 mile stretch of the 101 loop surrounding the city of Phoenix.

The findings were further evidence that superior technologies result in a meaningful positive impact to the community served.

A study conducted for this trial determined:
— Speeds were reduced by -9 mph
— Total crashes were reduced by 44% to 54%
— Injury crashes decreased by 28% to 48%
— Annual estimated community dollar savings between $16.5[M] and $17.1[M] including lost productivity, wages, medical costs, etc.

REDFLEX Traffic Systems Inc. is the largest provider of digital red light and speed enforcement services in North America, with photo enforcement programs in over 200 U.S. communities. With headquarters in Phoenix, Arizona, and offices across the United States, the company provides traffic safety technology and administrative expertise that helps reduce deaths and injuries resulting from traffic collisions. REDFLEX, which partners with public safety officials in state and local governments, has created many of the technology and processing methods that are now standard in the photo-enforcement industry. Founded in 1986, REDFLEX Traffic Systems is the longest consistently operating company in the industry. For more information visit http://www.redflex.com.

Notice the smooth reference to a ‘study.’

Redflex Sales Presentation Despite Their Own-Cited Reports’ Recommendations and Occured Just Two Months
After Preliminary Findings of Arizona’s Test Program and Before ‘Final’ Report. Other Presentations were made to Scottsdale, Arizona City Council for continuation of Speed Camera Program.

This report was likely the preliminary report—by professors Simon Washington (Ph.D.), Mr. Kangwon Shin, and Mr. Ida Van Shalkwyk (of Arizona State University)—which was created to be used as a sales blueprint to peddle Redflex’s products/services throughout the country well before the actual (and heavily massaged) ‘final’ report was to see the light of day.

*As these reports, themselves, state:

Question: When do ‘findings’ of a preliminary report serve as a basis for establishing policy?

Answer: When big money is at stake.

Despite the unprecedented meltdown in the global economy and the global markets, Redflex’s stock closed today at merely 9% off of its 52 week high. Compare that result to most other stocks currently being traded, many of which are off nearly 10 times as much!

The blatantness of their despicable intent is breathtaking, the willingness of government and institutions of “hire” learning to be complicit partners, unfortunate, and the fact the news media hasn’t picked up on it, shocking.