Today I received an email marketing blast from Radar Roy concerning his “review” of a product that he markets, called the Laser Interceptor.

Roy touts in his article that the main advantage to the Laser Interceptor over (what is implied to be) lesser-performing and more “conventional” and “lower-powered” LED-based laser jammers—such as those produced by Blinder and Escort—is that the Laser Interceptor employs “high-power” laser-diodes to effectively jam all police laser guns.

While this notion on the surface sounds compelling, if one takes a little time to understand how a police laser gun and modern-day laser jammer works, one would realize that the performance of any given laser jammer is not really just a matter of power, it is a matter of accurate timing. This complex mechanism is described in greater detail by the domestic and international patent holder of the underlying technology, Blinder, who’s headquartered in Denmark.

A laser jammer’s primary function is to transmit pulses of IR light in a manner which destructively interferes with the pulse-train of the police laser gun that is being triggered. A laser jammer must quickly determine the actual pulse rate being transmitted by the laser gun and then counter with the illumination of its own destructive pulse-train to render the laser gun unable to obtain a speed reading (again, as described in Blinder’s patents).

While power certainly can play a role, to a degree, in this mechanism, it is not the overriding force which ultimately determines the overall laser jamming effectiveness.

At some point, using more “illuminating” power does not and will not improve performance as other more important factors come into play. In other words, more is not always better.

Furthermore (and what is not understood by the vast majority of consumers or reviewers of laser jammers): police laser guns use magnifying elements in their transmission and reception sections to significantly amplify their weak transmission signals.

This is extremely important to understand because what this means in reality is that the difference in output of either an array of multiple LEDs or a single laser-diode is to a large degree negated and less relevant to the effectiveness of any given laser jammer, regardless of the mode employed in its design (LED Array or Laser-Diode). The timings and other design-elements (such as beam-divergence) are far more important.

In other words, the hype surrounding “high-power” laser jammers is bogus marketing-speak, used to sell very expensive laser jammers. This process is referred to as manufacturing demand (a MUST SEE video). Another industry that employs this marketing tactic (with impunity) is the bottled water industry.

However, since Radar Roy’s review primarily focused on the “high-power” of one particular laser-diode-based laser jammer as being a most important factor, I would like to offer this perspective on laser diodes as an illuminating source of laser jammers as compared to an array of multiple LEDs.

As someone who has zero financial interest/stake in any of these laser jammer companies, for my money, I wouldn’t focus on the particulars of the individual components used in the construction of a laser jammer for making a selling (or purchasing) decision.

In the final analysis what matters is the actual performance of the laser jammer in the real-world of everyday driving and not what was used internally to achieve that performance.

Historically, there have been both good performing and poor performing laser jammers of each kind (LED Array and Single Laser-Diode), further demonstrating this point.

Incidentally, the most advanced development of illumination sources today are…LEDs.

The same is true for “Laser”/IR-illuminating LEDs. 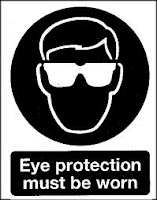 With respect to the health concerns Radar Roy raised in his article, consumer products that pose a threat of permanent eye-sight damage, I suspect, won’t be permitted to stay on the market for very long, once the FDA/OSHA gets wind of the health-risks that Roy goes to great length to point out.

Have you ever noticed the internals of a consumer CD or DVD player? If not, examine one. You’ll see that its optical reading device is thoroughly protected to not permit direct viewing as a means of protecting one’s eyesight. I suspect the power output of that device is quite a bit less than those of devices that are used to illuminate hundreds or thousands of feet away.

I can’t help but think of a similar circumstance that Roy was personally involved with which resulted in the pressuring of a certain particular “jammer” manufacturer to take their products off the market.

That company was Rocky Mountain Radar. It was only after of his (and others) relentless lobbying efforts to the FCC about RMR’s products, did the FCC finally take notice of the fact that RMR’s was flagrantly violating their regulations and hence RMR was subject to very steep fines and other consequences, a company that could be considered by some as a “competitor” to Roy’s Radar Busters, at the time.

That’s when things changed dramatically for them (and the consumer), which incidentally, was a good thing, not because they were in violation of federal regulations, but because they were completely ineffective in jamming anything, despite years of their wild marketing claims to the contrary.

And this was simply because their little boxes were considered to be potentially interfering with other radio transmissions, a relatively harmless matter as compared to that of the emissions of a “very high-power” laser-diode device which, according to Radar Roy, can present a very real long-term health threat to eye-safety—as he stated in his article, ‘irreversible eye damage.’

(What!?! ‘Irreversible eye damage…while connected to a power supply’, as they would be in general operation?) Let me see, risk versus reward?

While Radar Roy sure makes this particular laser-diode device sound very compelling (notice the irony?), until such questions like those above are sufficiently answered, the smart play, in my personal opinion, may be to simply stick with proven, safe, and “legal-to-use” LED devices from long-established and respected manufacturers such as those from Blinder and Escort.

The fact that these other products are considerably less expensive at doing the very same job—in the real-world—is a nice bonus, especially when one considers our tough economic times.