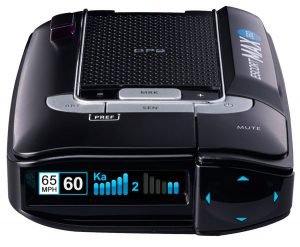 Yesterday, Escort announced the release of a long-awaited firmware update to the Escort Max 360.

There are two versions of the firmware depending upon the bluetooth chip set  incorporated, with the later Max 360s getting version 1.60.  Earlier models receive the version 1.30, but they are both essentially the same but simply with different version numbers.

Be sure to use the right firmware for the particular detector you have.  You can determine the serial number on your detector.

MAX 360 with Bluetooth Classic (serial number beginning with 79) has been updated to firmware v1.6

MAX 360 with Bluetooth Smart/BLE (serial number beginning with 85) has been updated to firmware v1.3

The key improvements are to the IVT (CAS/BSM filtering) of K-band systems of vehicles as well as the lockout feature.  Fortunately, you will not lose you previously stored false alerts and the detectors will immediately begin relearning more accurately.

It’s safe to say other Escort detectors with IVT will continue to receive updates to improve the effectiveness of K-band collision avoidance systems filtering.