Review: Valentine One V1connection for iPhone or Android with Custom Sweeps, PART V 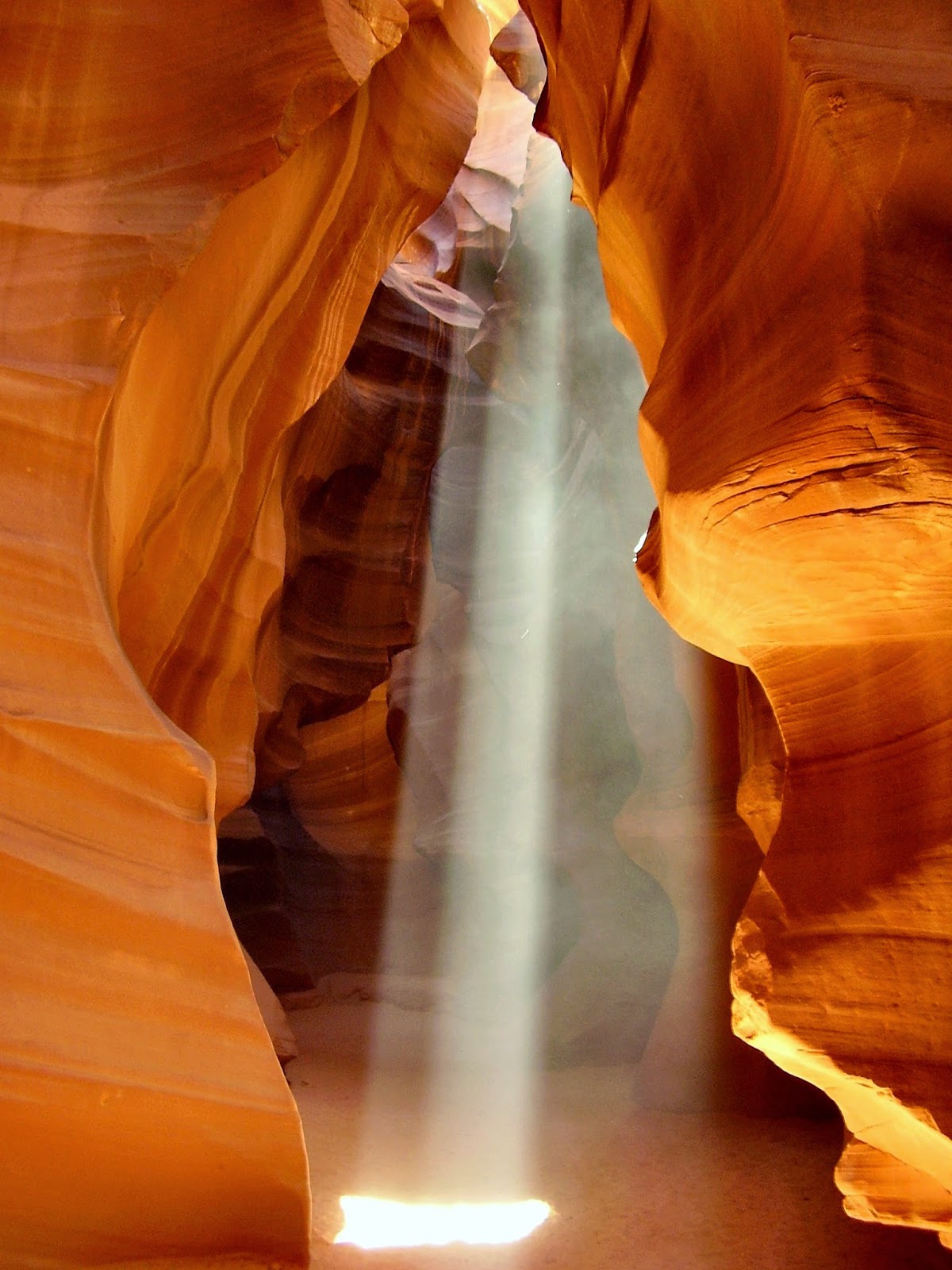 Filtering techniques and muting–whether automatic or manual–while different in execution, accomplish a similar outcome: a detector which does not alert to a detected signal. As I have already covered how the V1 uniquely handles muting, I will now discuss how the V1 handles filtering.

As stated in an earlier part of this deep-dive review, Valentine’s philosophy is to minimize the use of filtering for the sake of prioritizing alerting performance.  This does not mean that the V1 doesn’t employ any filtering at all, but they have chosen their battles quite selectively, so to speak, as to the ones that have the least impact on performance, preferring the driver to make the determination based upon his or her’s intimate knowledge of the V1’s alerting behavior.

Most of the more advanced detectors employ Ka-band filtering to some degree or another.  Notable other manufacturers which do this are Beltronics, Escort, and Whistler.  Much of the history of filtering Ka-band is rooted in the manufacturing of older Cobra detectors, which emitted frequencies that could be detected by other sensitive detectors within close proximity.  However, unlike, conventional police radar which consists of one specific frequency, emissions from the LO of any super hetrodyne detector are typically accompanied by other frequencies at the same time and those frequencies detected in the Ka-band range are actually harmonics of the selected LO frequency.

When a well designed radar detector, detects frequencies in the Ka-band, it will quickly analyze other potentially related frequencies in an attempt to determine if the detected Ka-band signal is actually a harmonic of another or is that of genuine police radar.  If the detector concludes, in a finite amount of time, that the signal is an emission from another detector, it will reject the signal as being spurious and not alert (to it).

However this advanced signal processing does take a finite amount of time to perform.  If the time to analyze the detected signal takes too long, the detector may miss a bonafide police radar source, such as I/O or quick-triggered I/O or briefly appearing multi-path radar (even more difficult to detect).  While quick-triggering is uncommon, it is not without possibility of being encountered.

Each of the three spiritually-related models, the Valentine One, the Escort Redline, and the Whistler CR90 allow for the user to reduce or eliminate the processing overhead (and therefore efficiency) of this filtering technique, for the sake of performance.

Valentine was early in providing this feature, called Ka-guard.  However with Ka-guard disabled, older Valentines tended to false excessively which seriously reduced its overall effectiveness.  In other words, the tradeoff for either responsiveness or apparent sensitivity was not worth it and therefore the feature was not widely used.

Escort and Beltronics M3-based detectors (and now some newer M4 detectors) allow for the reduction in filtering to Ka as well, in the form of a feature called RDR (radar detector rejection).  Similar to Ka-guard, it improves responsiveness and apparent sensitivity to brief (and/or weak) Ka detections, but can lead to increased levels of falsing, especially since the Ka-band is such a large collection of frequencies to scan.  There are a large number of frequencies in the Ka-band spectrum which are not home to police radar.

In the US, there are primarily three Ka-band segments each centered at 33.8Ghz, 34.7Ghz, and 35.5Ghz with a spread of frequencies of a +/- 100Mhz frequencies on each side of their centers.

So how does one benefit from improved performance without penalty of increased falsing by relying on the signal processing?  Well we’ve already touched on it in an earlier part of the review.  The answer is Ka-band segmentation.  When those two methods of employed together, the driver can essentially have his cake and eat it too.

To be fair to history, Beltronics had provided a one-button “preset” form of “band-segmentation” with Ka USA mode (similar in effect) in contrast to Ka International modes and it worked very effectively in its day.

Today, all three manufacturers provide more advanced and fine-tunable configuration to the advanced user steeped in the knowledge of how to unlock these additional performance potentials.  Whistler offers the most simple form of configuration changes.  Escort/Beltronics offers a somewhat more involved program customization, followed by Valentine.  While the programming effort of the Valentine is mildly more involved, its capabilities of fine tuning are the greatest.

New to the game is advanced K-band filtering.  Starting with the appearance of “pulsed” short-duration traffic monitoring systems transmitted at different durations at different times of the day, depending upon expected traffic volumes, new filtering algorithms appeared from Escort and Beltronics with the introduction of TSR.  Valentine came later with TMF, followed by Whistler with their TFSR.

Each of these systems were designed to add a delay to alerting to detected K-band for a finite period of time, long enough for the “pulsed” signal to disappear before it was alerted to.  The difficulty with static predetermined delays is that the longer the latency in alerting, the greater the chance of missing a brief K-band I/O short from an officer.  This presented a serious challenge to the manufacturers and each one has taken slightly different paths for attempting to minimize this risk (with varying degrees of success).  Whistler allows for the most advanced fine-tuning of the additional alert latencies and is therefore my favorite approach.

As if this weren’t bad enough, an even greater nuisance has made its arrival.  The K-band emissions of the latest “nanny” systems being incorporated into an increasing number of automobiles in an attempt to protect drivers from themselves and their poor driving habits, known as the scourge of inattentive driving.  Unfortunately the manufacturers have opted to use a systems of FMCW (frequency modulated continuous waveform K-band radar).  These emissions are proving to even be more difficult to filter out without imposing significant penalty in K-band alerting performance.

For a time, Whistler had devised the best approach at minimizing a performance hit.  Conventional detectors from Escort and Beltronics remain too broad in their approach, while the Passport Max and Max2 have not been able to deliver on their promise of advanced “DNA/HD” digital processing technology.  Valentine, on the other hand, is continuing to fine tune their filtering algorithms to handle both of these sorts of K-band modulations and I would say that it is Valentine that remains is staying most ahead of these continually-evolving technologies.  While the latest version of TMF is not perfect, Valentine is genuinely striving to achieve the best “compromise” of performance and livability.

Fortunately for most drivers, X-band is not widely deployed throughout the US and most drivers can feel confident disabling the band altogether, with some notable exceptions.  Drivers in NJ, OH, NC, MS, and other confined regions aren’t so lucky.  On a stretch of California highway heading out of LA towards Arizona, X-band traffic monitoring systems, directed at commercial vehicles, can set off detectors for many many miles at a time.  The flat desert-like terrain coupled with low humidity really exacerbates the nuisance.  To my knowledge, only Whistler has attempted to filter out these systems effectively.

To make matters worse, I recently came upon a vehicle that I was passing that was causing my detectors to false on X-band.  I am not aware of any lane departure systems designed on X-band, but there it was.  Something was consistently setting of my detectors on X-band.  I am not aware that either Valentine or Beltronics and Escort are attempting to filter out X-band signals such as these.  Given its limited deployment relative to K-band and K-band throughout the US, this is not as much of an issue, in my opinion.  But it would be nice to have anyway.

While certain detectors may appear to filter spurious laser detections out (think Escort Max), in fact, a detector that can barely detect laser to begin with, doesn’t really need to filter anyway as the sensitivity is not there to begin with.  Detectors from Whistler and particularly Valentine are sensitive enough that filtering does matter and each company does a very noble job at doing this.  Whistler allows for the selective filtering of pre-established pulse rates emanating from lidar-based systems incorporated in vehicles such as those from Volvo, Infiniti, and Honda as well as airport wind shear monitors. Valentine is more minimalistic in its approach and therefore tends to false more to these systems.

Despite this, both Whistler and Valentine are particularly resistant to falsing from the shadows cast by trees along the side of the highway.  Beltronics and Escort models (especially the remote mounted detectors) tend to false quite frequently to these sources.

In summary, an effective combination  of filtering and muting directly leads to a superior driving experience and at the moment, at least, the Valentine is at the head of the class on this front.  The excessively hyped marketing of the new Max and Max2 promised superior levels of advanced signal processing, but at this point in its evolution, the technology appears to be more “pie-in-the-sky.” Maybe in time, that will change, but in the meantime, the Valentine remains the very best at staying quiet when it needs to while providing the driver maximum levels of alerting performance in this ever increasingly difficult landscape of “signal pollution.”