Distance and Signal Strength RD Tests: A Case of the Tail Wagging the Dog?

This review is the easiest review I have ever performed and is the follow-on to my initial review of the Beltronics STiR Plus published back in March of this year.

In fact, for those that would prefer the Cliff Notes version, I will save you some time by making this review extremely terse:
The Beltronics STi-R Plus remote radar detector is by far the greatest radar detector of all time. If you are fortunate enough to be able to afford one, by all means, acquire one and marvel at its performance, as there is nothing else (remotely) like it on the planet. It is as close to perfection as anything I have ever driven with. Currently, the Beltronics STiR Plus has no equal and sits at the top of the radar detector food-chain.

Shortly after I received the first Beltronics STi-R Plus remote radar detector for review, my Bimmer developed a timing chain guide failure (having nearly 210k miles accumulated), so my ability to really put it through its paces was delayed by several weeks. After the $3200 repair (ouch) I was finally able to do so.

Fortuitously, I had to make a business trip to Louisville, Kentucky during the week of the Kentucky Derby (I have some connection to the horse racing industry) and I had two options to get there and back, one by air (Southwest is my preferred airline) and the second by land. 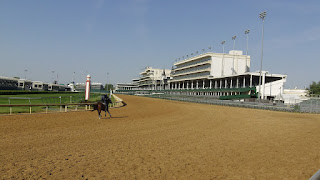 Of course, I chose the second option, as it would allow me to put two other Thoroughbreds through their paces—one from Munich, Germany and one from West Chester, Ohio. I created a route that would allow me to accumulate 2600 miles round-trip and take me through nine states and the District of Columbia, never mind the price of a gallon of petrol.

To be thorough, I also took with me two Beltronics STi Drivers, two Escort Redlines, one Escort Passport 9500ci, and the previous Beltronics STi-R—all M3 platform radar detectors. By examining the performance of each of these detectors with real-world encounters, I was hoping to plainly observe and better understand the evolution and refinements of the M3s since the original STi Driver was introduced to the North American marketplace nearly six years ago.

As I have written on many occasions, what separates the Beltronics STiR Plus (and its predecessor the STiR) from all of the other M3-designed radar detectors is their ability to be performance-tweaked using Ka band-segmentation and reduced filter processing. The result of these two tweaks is a radar detector that distances itself (sometimes by a considerable margin) to all others and I do mean all.

I believe both Beltronics and Escort have continued to improve upon the performance of the M3 platform over the years and it appears to me that my Beltronics STiR Plus is effectively more sensitive to my previous STiR (what I considered the high water mark prior to the Plus) by an addtional couple of dBs as it was not uncommon to observe the STiR Plus out alerting the STiR by a number of additional seconds, an impressive feat.

The Beltronics STiR Plus has incorporated all of the great attributes of the Escort Passport 9500ci, including GPS and photo-enforcement capability, RDD immunity, ability to mate to their ZR4 Laser Shifter, user upgradeability via a USB connection, while providing a superior audio/visual signal alert ramp. This last attribute is something that I (and a host of others online) have been calling for, for a looooong-time and I am pleased to see that the Beltronics engineering team has finally listened. The Beltronics STiR Plus now properly alerts to impending threats in a manner that encourages safe reactions to well-gauged distances to actual threats. With a detector of such high sensitivity and quickness, it is essential that its performance be accompanied by an equally high quality signal alert and the STiR Plus delivers in spades.

I have never felt more comfortable driving enthusiastically than when I am driving with the STiR Plus. Detection performance to all radar bands appears to have no equal (although the original Beltronics STiR is a really close second). And has been the case for some time from both Escort and Beltronics, detection of the heavily used 35.5Ghz Ka appears most impressive.

With respect to photo enforcement, the STiR Plus utilizes a vectored approach to these sorts of threats. When driving in Washington D.C., I noticed that when known photo enforcement that deployed radar, the STiR Plus would indicate the threat while at the same time auto-muting the radar detection alert. This is a really nice and subtle touch. It is interesting see that when traveling eastbound on Route 50 and passing a radar-based speed camera facing the westbound lanes, the STiR Plus did not alert to either K-band radar or the presence of the camera, as it was not a threat when traveling in an easterly direction, but it did alert to it when traveling in the westbound direction, when it was a threat. Very sophisticated stuff going on here folks, to be sure, and all being handled very nicely by the STiR Plus.

I did encounter an instance where such a design could present a challenge and that was with a K-band radar-based speed camera position on I-395 just South of the tunnel below Route 50.

In this particular instance you are vulnerable as the GPS portion of the detector looses its signal with the satellites while you are under cover of the tunnel with no direct line of site to the satellites and doesn’t quite have enough time to reacquire the GPS signal once you emerge from the tunnel to alert to the threat before it is too late. Fortunately for me, my older 9500ci (which does not have the most recent firmware loaded) managed to alert to the K-band radar that was used. Even though this particular encounter is extremely rare, it is important to be aware of it. In the final analysis, no matter how good technology gets, there is no replacement for old-fashioned driver situational awareness (a fancy way of saying, pay attention to your surroundings).

As expected, the Defender photo-enforcement database remains the class-leading photo enforcement database, although the STiR did fail to alert to two K-band photo-enforcement cameras on some secondary roads in rural Maryland, one ominously placed immediately after a 10 mile per hour speed drop that lasted for barely longer the capture range of the radar. Fortunately, in both cases, the detector alerted to the K-band radar being used. Even so, situational awareness can save the day in those rare instances, when your detector may not.

Laser detection filtering also appears to be improved, with a noticeably fewer amount of false-alerting to laser-based lane-departure systems used in a number of passenger vehicles.

When the original Beltronics STiR was taken off of the market, I was very disappointed, because I regarded that model (and still do, for that matter) as a seminal product. I am thrilled that the powers that be at Escort and Beltronics have allowed for the re-introduction of the Beltronics STiR in an even more impressive package.

My conclusion to this review can be found at the beginning, no need to repeat it. But I must pass on congratulations to the engineering team. You’ve accomplished something really incredible here, and I can only imagine what you folks will do for an encore. As I see it, I really am hard pressed to imagine how they could improve upon its sheer radar detection performance. I expect additional capabilities will appear instead (like crowdsourcing).

I can only hope that management will offer the same capabilities in a dash-mount radar detector, again something that I have been calling for, for quite some time, but as Hal Holbrook’s character (Lou Mannheim) said in the movie Wall Street: That’s how IBM and Hilton were built. Good things, sometimes, take time…
Hopefully I won’t have to wait too much longer. Imagine the ability of carrying the power of the STiR Plus in the palm of your hand. Woah!

Happy and safe motoring.
Please show your support of the online vendor(s), who support my blog: