A couple of days ago I was driving my Bimmer to the office and I noticed an illuminated electrical fault indicator on my dash.

Figuring the possibility of an eventual stall and subsequent inability to re-start my car, I immediately turned around, drove home, and selected another vehicle. 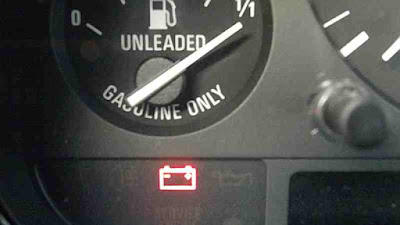 After sitting in my driveway for a day, I contacted Craig Peterson of RadarTest—someone with whom I regard as having a strong knowledge of the intricacies of automobiles—and described my situation to him. Since I didn’t know the source of my electrical problem—being the battery or the alternator—Craig suggested that I purchase a 12 volt meter at store like Radio Shack to test the battery output when the car was turned-off and then when it was running. Depending upon the two measurements, I could fathom where the fault lay.

Since I didn’t have one in my possession, I waited another couple of days when I had the time to run-out to the store and purchase one. That is, until a novel thought occurred to me one evening.

My epiphany came when I remembered that certain radar detectors, including the extreme performing Escort Redline, had the ability to display the current voltage output of the vehicle while plugged in, a capability with which I historically didn’t see the value…that is until this moment.

I called Craig back and shared my idea with him. Even though Craig knows a thing or two about detectors, the thought had never occurred to him to use a radar detector that way. Needless to say, he thought it was an ingenious idea. 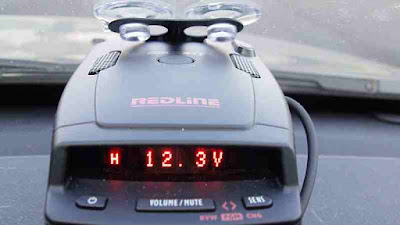 Armed with an Escort Redline in hand, I got into my vehicle and powered on the electronics without starting the vehicle, plugged in the Redline and set the display mode to voltage output to see what was the underlying capacity of the battery. The reading was 12.3 volts which was on the low side and consistent with the little colored indicator on the battery (that it was partially discharged). 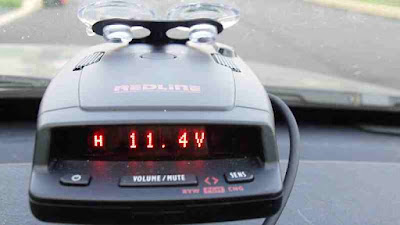 I then started the vehicle. Almost immediately the voltage dropped to 11.4 volts. Craig immediately suggested that my alternator was shot. Based upon these results, I knew that I wouldn’t be able to complete my trip to the BMW dealer which was a 30 minute drive away.

Having spoken to the dealer, I asked what was the lowest value of the voltage output of the battery/electrical system running that I could sustain before encountering severe drivability problems. The service tech suggested 11.0 volts.

The next thing I was did was to take another vehicle and began charging my Bimmer’s battery with the use of jumper cables all the while using the Escort Redline as my real-time volt-meter. 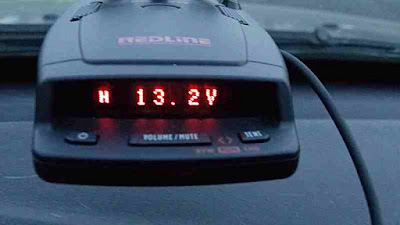 After a couple of charges lasting lasting about 20-30 minutes each at an elevated RPM, I was able to get my battery voltage raised to 13.5 volts.

Having sufficiently charged my battery, I set off to the dealer with my wife following in her vehicle in the event my voltage dropped to the point that I needed another charge along the way.

To maximize my running time, I turned off every electrical device in my vehicle, except one essential one—my Escort Redline. Once again, the Redline came in handy as I was able to use it to indicate in real-time what my voltage levels were throughout the duration of my trip.

So, the moral of the story is: if you ever find yourself in a similar situation and your radar detector has the capability to display voltage, you can use it to safely get to your destination using the same procedure. It was a good thing too, as the Redline saved me about $150 in flatbed towing charges!